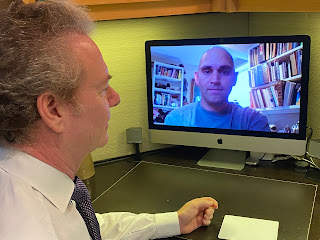 At Hospital for Special Surgery (HSS), we set out to evaluate outcomes for recent knee replacement patients when nonessential in-person doctor visits and physical therapy were halted in March 2020 due to the pandemic. Our thought-provoking study found that the shutdown did not lead to a higher complication rate, nor did it affect patient-reported outcomes after surgery. Our study appeared online ahead of print in the Archives of Orthopaedic and Trauma Surgery . Elective, nonessential orthopedic care, including in-person office visits and physical therapy, was halted on March 16, 2020 at the onset of the COVID-19 surge in New York City. At that time, HSS rapidly expanded its telehealth and tele-rehabilitation services so patients could receive their care remotely, including post-operative visits and physical therapy.  Our study aimed to assess complications during the first 90 days following surgery and patient-reported outcomes within one year of surgery. We identified 624 patients who
Post a Comment
Read more

A Steroid Injection for Bone-on-Bone Arthritis? Not So Fast!

Sometimes, arthritis gets so bad that nothing seems to help, and people decide they are ready for joint replacement surgery. When that time comes, some patients are surprised to learn they will have to wait a few months because they recently had an injection of a steroid or hyaluronic acid. Waiting is not the only issue. The injections do little to relieve pain when someone has bone-on-bone arthritis and is a candidate for joint replacement. If there is any pain relief at all, it is very short-lived, and most patients are very disappointed. The other issue is that patients who receive a steroid or hyaluronic acid injection should wait approximately three months from the date of their last injection to have a hip or knee replacement. This is because studies have demonstrated an increased risk of infection in the first three months following these injections.   When elective surgeries resumed after the pandemic pause, I saw five patients over a two-week period whose joint replacement
Post a Comment
Read more

Could a Cementless Knee Replacement Benefit Patients? Early Results of Our HSS Study 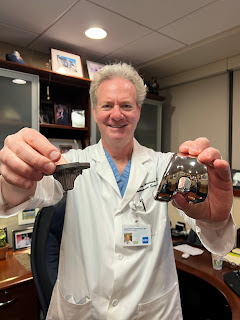 Cementless knee replacement, an alternative to traditional cemented knee replacement surgery, is gaining interest in the field of orthopedic surgery. We launched a study at Hospital for Special Surgery (HSS) to compare outcomes of a modern cementless knee implant to the standard knee implant that requires bone cement for fixation.  Our study found no difference in hospital length of stay, complications, hospital readmission within 90 days of surgery, or rates of revision surgery at two-year patient follow-up. We presented our research at the American Academy of Orthopaedic Surgeons 2022 Annual Meeting in Chicago.  With respect to time spent in the operating room (OR), using the cementless implant reduced OR time by 25%, saving an average of 27 minutes. In a cementless total knee replacement, you do not have to wait for the cement to harden and dry like you do in a cemented knee replacement, which saves time.  Reduced time in the OR under anesthesia is advantageous to patients, but that
Post a Comment
Read more

Outpatient Joint Replacement: Our Study Looks at Trends and Safety 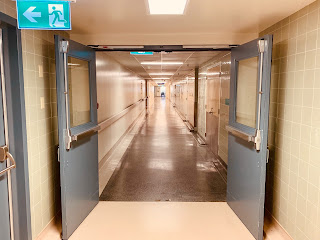 Outpatient hip and knee replacements are on the rise. Yes, increasing numbers of patients are going home the same day they have joint replacement surgery. We launched a study at Hospital for Special Surgery (HSS) to see if patients who went home the same day did as well as those who spent one or more nights in the hospital. Analyzing information from a large database that included patients nationwide, we found no significant difference in complication rates for outpatient hip replacement. For knee replacement, we found slightly higher odds of complications in patients who left the hospital on the day they had surgery. Overall, though, complications were not common in either knee replacement group, with an incidence of less than 1%. The study appeared online in The Journal of Arthroplasty . For our study, we were able to identify almost 1.8 million patients who underwent an elective total hip or total knee replacement between 2010 and 2017. We found that the annual rate of outpatien
Post a Comment
Read more 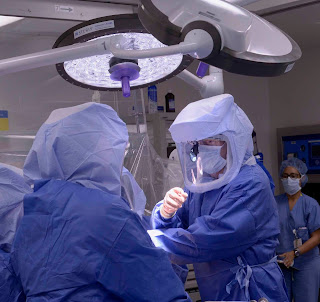 These days you hear a lot about the use of robotics in joint replacement and other surgical procedures. Many orthopedic surgeons who perform robot-assisted surgery find that it improves the accuracy and predictability of a knee or hip replacement.  Indeed, the use of computer-assisted navigation and robotic assistance for total knee replacement has grown tremendously over the past few years and shows no sign of slowing down. Among American Association of Hip and Knee Surgeons attending the 2020 annual meeting, 77% of respondents indicated that they used technology in their surgical cases. The most common reason they cited was to increase surgical precision. A large study we undertook at Hospital for Special Surgery (HSS) found another major advantage of using a robot. Accessing and analyzing a huge national database with information on more than one million knee replacement patients, we found that surgery performed with robotic assistance led to a lower complication rate in the first t
Post a Comment
Read more

Considering More Than One Joint Replacement? What to Expect and How to Have the Best Outcome 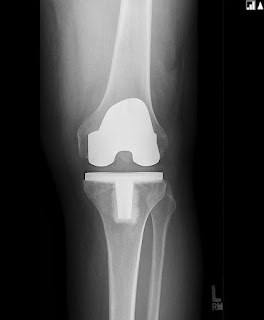 After multiple joint replacement surgeries, my patient Lorry jokingly calls herself a “bionic woman.” She always enjoyed an active lifestyle, so when arthritis caused by wear and tear started to take an unwelcome toll on her knees and hips, she refused to take it sitting down. Over the last six years, she has received four joint replacements – both knees and both hips – so she could enjoy life without pain. It’s not unusual for patients to have advanced arthritis in two joints. Having four joint replacements is less common, but it does happen. I recommend that people considering multiple joint replacement surgeries do their research to find a high-volume joint replacement center and a highly experienced orthopedic surgeon who takes the time to answer all their questions and with whom they feel comfortable. For someone having more than one joint replacement, timing and recovery are important, and no two patients are alike. If someone has painful arthritis in both knees, for example,
Post a Comment
Read more

Hip replacement to relieve arthritis pain is considered one of the most effective surgeries in the United States. Over the past decade, improvements in surgical technique, implant design, anesthesia and pain control after surgery have contributed to its success, says Geoffrey Westrich, MD, an orthopedic surgeon at Hospital for Special Surgery (HSS).  More than 450,000 total hip replacements are performed each year in the United States, according to the Agency for Healthcare Research and Quality. One of the most noteworthy advances is what’s known as a “dual mobility” hip replacement, according to Dr. Westrich, who has conducted several studies on the implant. He and colleagues have found that the dual mobility prosthesis reduces the risk of dislocation, one of the most common complications after hip replacement surgery. While the incidence is less than 2% at Hospital for Special Surgery and other major joint replacement centers, it is significantly higher at some other locations.   “Du
Post a Comment
Read more
More posts

Dr. Geoffrey Westrich
Dr. Geoffrey Westrich is an orthopedic surgeon specializing in knee and hip replacement and revision surgery in adults of all ages. He is director of research emeritus in the Adult Reconstruction and Joint Replacement Service at the renowned Hospital for Special Surgery (HSS) in New York City. He is a foremost expert in diagnosing and treating complex injuries and diseases of the hip and knee, including minimally invasive hip and knee replacement, complex revision surgery, partial knee replacement, robotic-assisted hip and knee replacement, cementless knee replacement and dual mobility hip replacement. Patients have traveled from around the world for his expert care. Dr. Westrich is a professor of Clinical Orthopedic Surgery at Weill Medical College of Cornell University. Before he became an orthopedic surgeon, Dr. Westrich received a bachelor's degree in Engineering. He is named in "America's Top Doctors," a guide that seeks to identify the best specialists in the U.S. According to the book's publisher, "these outstanding doctors represent the top one percent in the nation" in their respective specialties. He is also named in New York magazine's competitive "Best Doctors" issue.